Brie Larson is an American actress. She started her career by appearing in comedies as a teenager. Later on, performed supporting roles in the film Hoot and 21 Jump Street. In 2013, Larson received a breakthrough from a leading role in the drama Short Term 12. Since then, she has starred in several blockbuster hits including Room, Kong: Skull Island, Captain Marvel, and Avengers: Endgame. Along with acting, Brie as well produced the virtual reality series “The Messy Truth VR Experience” for which she won a Primetime Emmy Award.

The actress has a unique charm in her personality. Brie’s entry into Hollywood as a Captain Marvel provided her international recognition and success. Now, she is included among one of the most beautiful and talented actresses in Hollywood. Larson has a natural glow on her skin which doesn’t need any makeup. Here are given some of her makeup-free pictures:

Brie Larson No Makeup Pictures: How Her Face looks Makeup-Free? 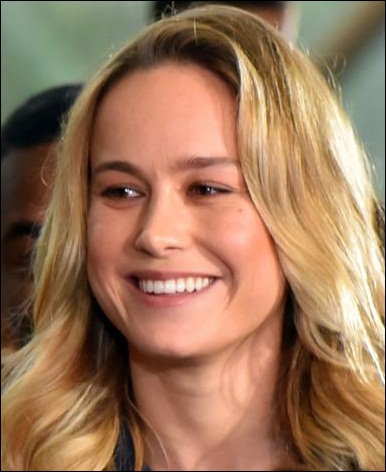 Captain Marvel looks stunning even without makeup. She has naturally glowing skin, making it easy for her to look gorgeous with minimal effort. 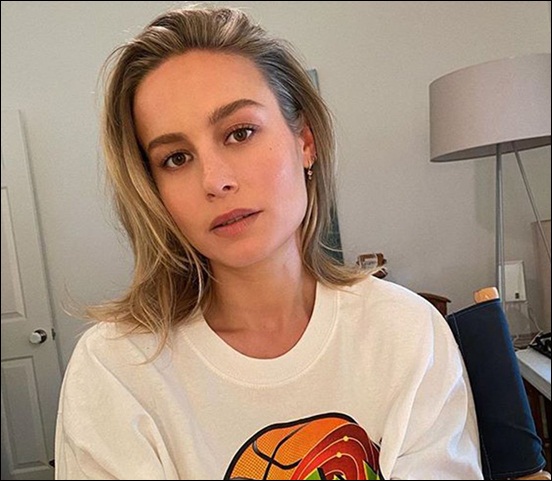 The Oscar-winning actress not just knows how to dress up for the red carpet, but often she prefers to be bare-faced and skip makeup on casual days. In fact, her beautiful face feature and alluring smile don’t need the help of makeup to look amazing. 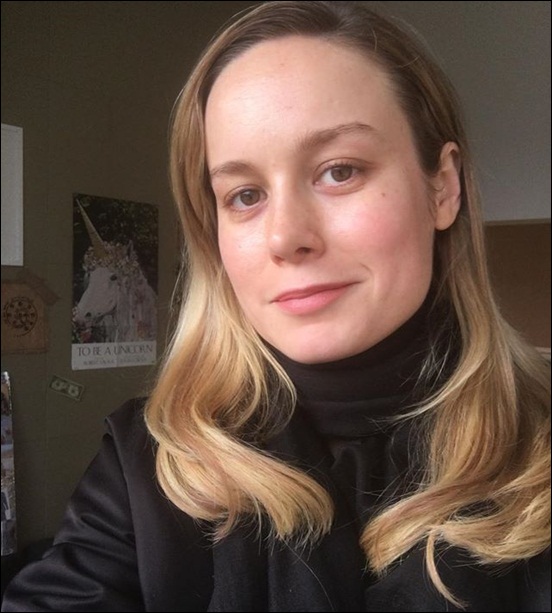 Brie has beautiful hair and she often colors them for a change. In this picture, she is looking awesome in the black outfit, blonde hair, and minimal makeup. 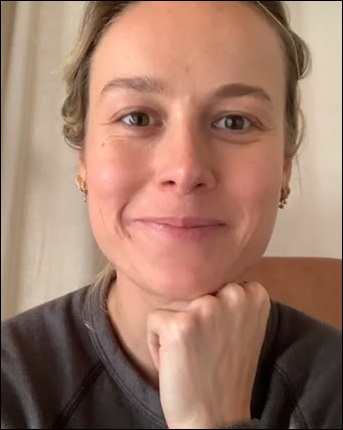 The multi-talented star is not hesitant in sharing her without makeup pictures. She often comes live on Instagram with no makeup and always looks fresh and healthy. 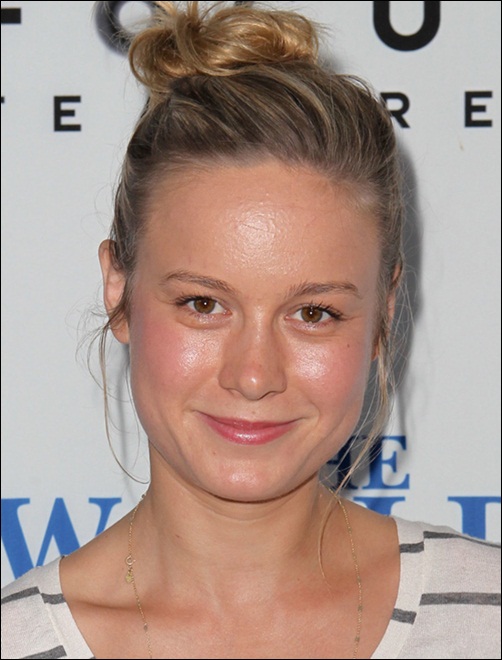 Larson holds natural beauty. She is looking gorgeous in a natural light brown hair with blonder ends and her skin is looking dewy and fresh even with slight makeup. 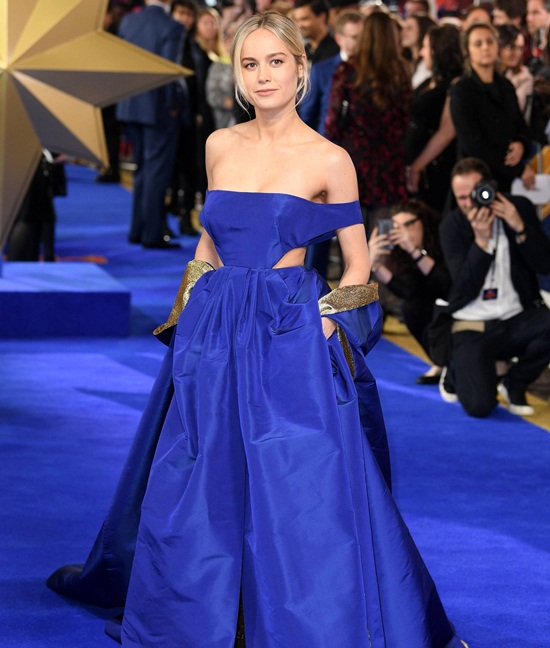 The actress prefers to be simple. She walked the red carpet by wearing a royal-blue gown along with minimal makeup and studded earrings. Her hair is simply tied in a bun and the smile on her face made her whole look more appealing. 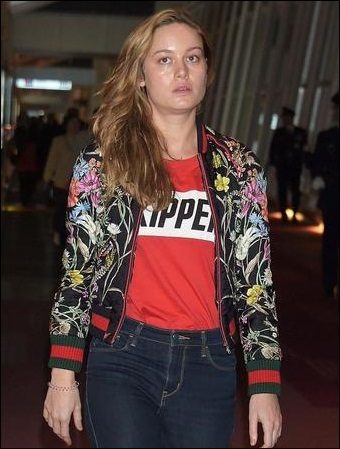 This picture of Brie Larson was taken at Tokyo airport and one can see her natural beauty easily. She is looking fabulous even without makeup, wearing a casual outfit along with honey-blonde hair. 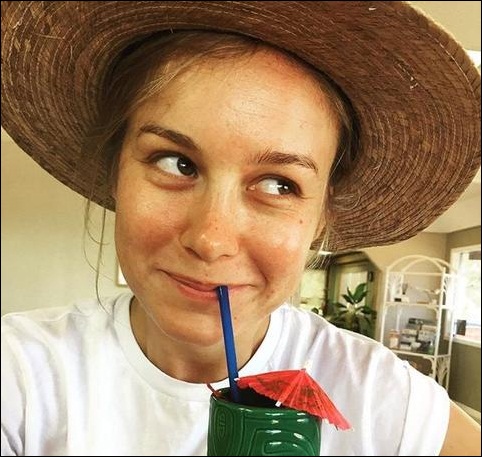 Captain Marvel is looking cute and naughty with a hat and a drink. Her perfect skin tone and sharp eyebrows are looking wonderful. 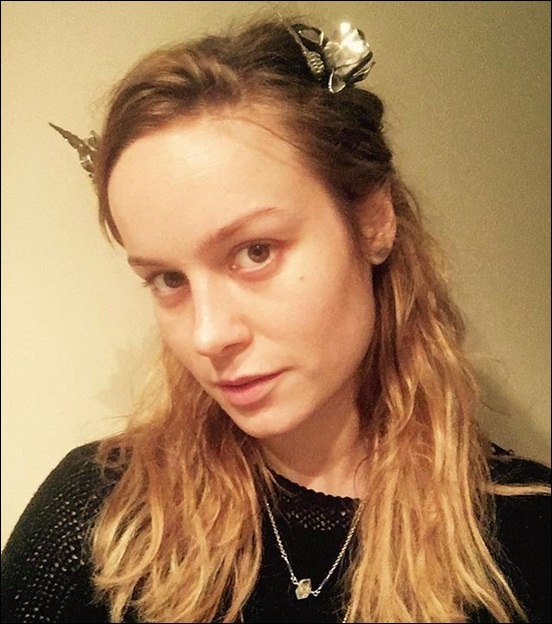 Here is a selfie of Brie. She has a sharp nose, iconic eyes, and pink lips that make her look naturally beautiful even without makeup. 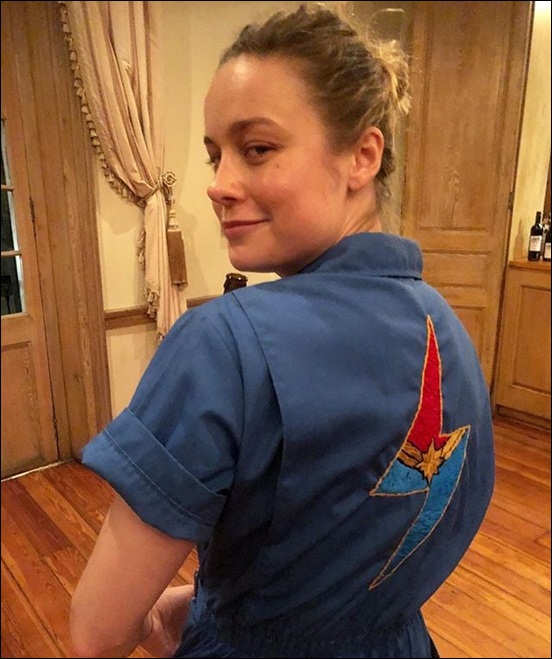 The actress is showing off her arm and smooth skin in this picture. It seems she is giving us a message to be confident even without makeup.